‘The Matrix’ revisited: Tech billionaires are certain we live in a simulation 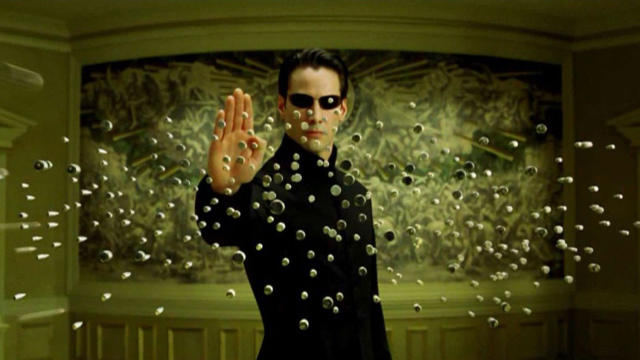 If watching The Matrix caused you to question reality, you’re not alone. Many powerful tech leaders in Silicon Valley and elsewhere are so convinced we’re all living in a simulation that some of them are investing in ways to help us break out of it, according to Vanity Fair.

At Vanity Fair’s 2014 New Establishment Summit, Tesla CEO Elon Musk made the case that our lives are not at all what we think they are. Musk concluded: “There’s a one in a billion chance that this is reality.” Earlier this year at Recode’s Code Conference, he broke it down: “The strongest argument for us being in a simulation is the following: 40 years ago, we had Pong. Two rectangles and a dot. Now, 40 years later, we have photo-realistic 3D with millions playing simultaneously. If you assume any rate of improvement at all, then the games will become indistinguishable from reality,” he said. “It would seem to follow that the odds that we’re in base reality is one in millions.”

But it’s not just Elon Musk who’s convinced we’re living a game. Sam Altman, president of Y Combinator, told The New Yorker: “Many people in Silicon Valley have become obsessed with the simulation hypothesis, the argument that what we experience as reality is in fact fabricated in a computer,” adding that two tech billionaires “have gone so far as to secretly engage scientists to work on breaking us out of the simulation.”

Vanity Fair reports that Nick Bostrom of Oxford University wrote a paper that has become the jump-off point for the whole we’re-in-a-simulation theory. The paper, Are You Living in a Computer Simulation? argues that, as summarized by Vanity Fair, “as technology grows faster and more superior, we will eventually build remarkably powerful machines that can build simulations of our forebears. But if that is the case, or so the theory goes, how do we know that we are the not creation of a simulation already built by our forebears?”

New York Times science writer John Markoff isn’t buying the theory, but notes that others are all-in. “It’s basically a religious belief system in the Valley,” he said.