How Einstein Reconciled Religion to Science 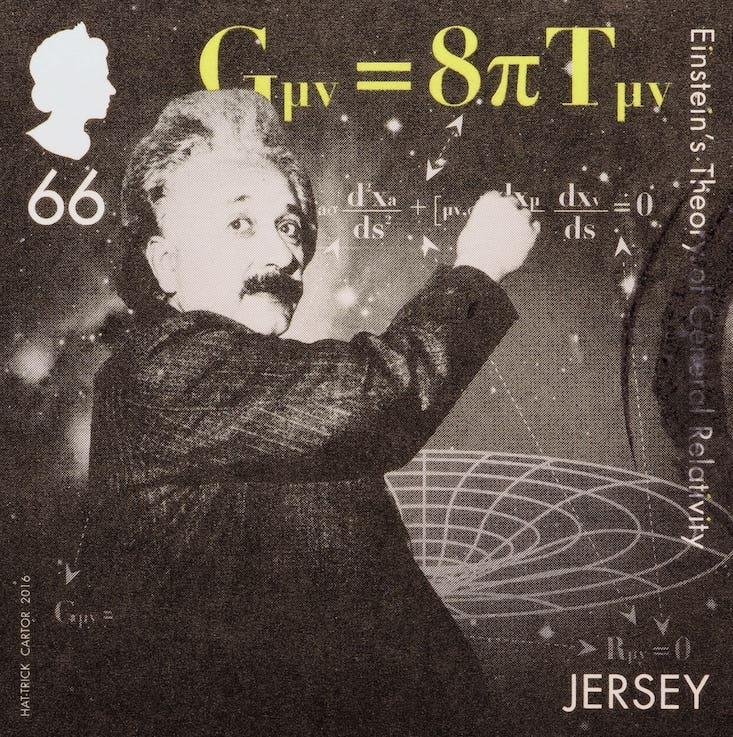 What Einstein said was nearly as scathing as any contemporary critique of religion you might hear from Richard Dawkins, Sam Harris, or Christopher Hitchens. Photo by spatuletail / Shutterstock.

I recently heard an echo of Albert Einstein’s religious views in the words of Elon Musk. Asked, at the close of a conversation with Axios, whether he believed in God, the CEO of both SpaceX and Tesla paused, looked away from his interlocutors for a brief second, and then said, in that mild South African accent, “I believe there’s some explanation for this universe, which you might call God.”

Einstein did call it God. The German-Jewish physicist is famous for many things—his special and general theories of relativity, his burst of gray-white hair—including his esoteric remark, often intoned in discussions of the strange, probabilistic nature of quantum mechanics, that “God does not play dice.” A final or ultimate equation, describing the laws of nature and the origin of the cosmos, Einstein believed, could not involve chance intrinsically. Insofar as it did—it being the Copenhagen interpretation of quantum mechanics—it would be incomplete. (The consensus now among physicists is that he was wrong; God is indeterminate. “All evidence points to him being an inveterate gambler,” Stephen Hawking once said, “who throws the dice on every possible occasion.”)

But what was with Einstein’s God-language in the first place? The question may be considered anew, in light of the auction at Christie’s, on Tuesday in New York, of a 1954 letter Einstein wrote that is expected to sell for up to $1.5 million. For the occasion the Princeton Club is hosting a panel discussion on the conflict, or lack thereof, between science and religion, featuring theoretical physicist Brian Greene, philosopher Rebecca Newberger Goldstein, cognitive psychologist Tania Lombrozo, and Rabbi Geoff Mitelman, founding director of Sinai and Synapses, an organization dedicated to fostering respectful dialogue about religion and science. The event, today, is open to the public, and I am excited to attend. (Full disclosure: As of November 2018, I am a current Sinai and Synapses fellow.) I believe Einstein can still offer some insight on how to think about religion and science.

“I believe in Spinoza’s God, who reveals himself in the lawful harmony of the world, not in a God who concerns himself with the fate and the doings of mankind.”

What Einstein said, in a note to the philosopher Eric Gutkind, whose book Choose Life: The Biblical Call to RevoltEinstein was reviewing, was nearly as scathing as any contemporary critique of religion you might hear from Richard Dawkins, Sam Harris, or Christopher Hitchens. “The word God is for me,” Einstein wrote, “nothing more than the expression and product of human weakness, the Bible a collection of honorable, but still purely primitive, legends.* No interpretation, no matter how subtle, can change this for me.”

It is no wonder why, for decades, Einstein’s views on religion became muddled in the popular imagination: The inconsistency is clear. Here, God means one thing; over there, another. Just going off his letter to Gutkind, Einstein appears to be an atheist. But read Einstein in other places and you find him directly declaring that he is not one. “I am not an Atheist,” he said in an interview published in 1930. “I do not know if I can define myself as a Pantheist. The problem involved is too vast for our limited minds.” Einstein was asked whether he was a pantheist. The rest of his response is worth quoting in full:

May I not reply with a parable? The human mind, no matter how highly trained, cannot grasp the universe. We are in the position of a little child, entering a huge library whose walls are covered to the ceiling with books in many different tongues. The child knows that someone must have written those books. It does not know who or how. It does not understand the languages in which they are written. The child notes a definite plan in the arrangement of the books, a mysterious order, which it does not comprehend, but only dimly suspects. That, it seems to me, is the attitude of the human mind, even the greatest and most cultured, toward God. We see a universe marvellously arranged, obeying certain laws, but we understand the laws only dimly. Our limited minds cannot grasp the mysterious force that sways the constellations. I am fascinated by Spinoza’s Pantheism. I admire even more his contributions to modern thought. Spinoza is the greatest of modern philosophers, because he is the first philosopher who deals with the soul and the body as one, not as two separate things.

Benedict Spinoza, the 17th century Jewish-Dutch philosopher, was also in his day confused for an atheist for writing things like this, from his treatise Ethics: “All things, I say, are in God, and everything which takes place takes place by the laws alone of the infinite nature of God, and follows (as I shall presently show) from the necessity of His essence.”

In 1929, Einstein received a telegram inquiring about his belief in God from a New York rabbi named Herbert S. Goldstein, who had heard a Boston cardinal say that the physicist’s theory of relativity implies “the ghastly apparition of atheism.” Einstein settled Goldstein down. “I believe in Spinoza’s God, who reveals himself in the lawful harmony of the world,” he told him, “not in a God who concerns himself with the fate and the doings of mankind.”

What that amounted to for Einstein, according to a 2006 paper, was a “cosmic religious feeling” that required no “anthropomorphic conception of God.” He explained this view in the New York Times Magazine: “The religious geniuses of all ages have been distinguished by this kind of religious feeling, which knows no dogma and no God conceived in man’s image; so that there can be no church whose central teachings are based on it. Hence it is precisely among the heretics of every age that we find men who were filled with this highest kind of religious feeling and were in many cases regarded by their contemporaries as atheists, sometimes also as saints. Looked at in this light, men like Democritus, Francis of Assisi, and Spinoza are closely akin to one another.”

Brian Gallagher is the editor of Facts So Romantic, the Nautilus blog. Follow him on Twitter @brianga11agher.