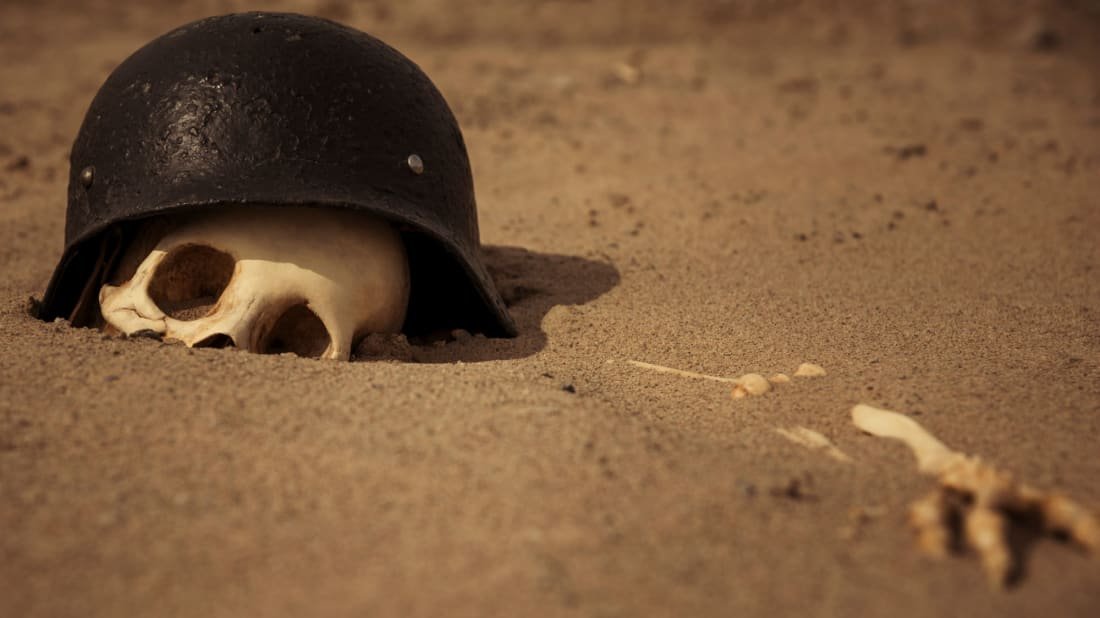 When sisters Freddie and Truus Oversteegen were young, their mother made them sleep in the same bed. This wasn’t an act of forced sibling bonding: Though the family had more than one mattress, all of them makeshift and stuffed with straw, they shared their modest flat with the Jewish refugees they regularly housed.

The girls didn’t mind. Raised primarily by their mother, Trijntje, after their parents divorced, Freddie and Truus grew up as communists in what was then the village of Schoten (now part of Haarlem) in North Holland in the years before World War II. Trijntje taught the girls compassion for those less fortunate than themselves. The sisters made dolls for children affected by the Spanish Civil War. They gave up their living space for people fleeing Germany and Amsterdam. And when the Nazis invaded the Netherlands in May 1940, Freddie and Truus handed out pamphlets opposing the occupation and plastered warnings over propaganda posters calling for workers in Germany.

It was dangerous and subversive work. When the Nazis invaded, Trijntje made sure the refugees they’d been hosting were sent away, fearing they’d be discovered because of her family’s known communist leanings. Many were subsequently deported and killed. This stirred a fire in Freddie and Truus.

When the leader of a Dutch resistance group took notice of their radical bent, he asked Trijntje if she would permit her daughters to join. Freddie was 14. Truus was 16. Without knowing explicitly what they were agreeing to, the three women all said yes. And soon, the teenage girls were doing more than handing out literature. They were luring Nazis into the woods and assassinating them.


Freddie and Truus were, for a time, the only two women in the seven-person rebellion dubbed the Haarlem Council of Resistance. After being recruited by commander Frans van der Wiel in 1941, the two learned the basics of sabotage, picking up tricks like how to rig railways and bridges with dynamite so travel paths would be cut off; how to fire a weapon; and how to roam undetected through an area peppered with Nazi soldiers. The latter ability was a result of their appearance. With her hair in braids, Freddie was said to have looked as young as 12 years old. Few soldiers took notice of the two girls as they rode bicycles through occupied territory, though they were secretly acting as couriers, transporting paperwork and weapons for the resistance. The duo burned down a Nazi warehouse undetected. They escorted small children and refugees to hiding spots and secured false identification for them, which they considered of paramount importance even as Allied bombs went off overhead.

But the resistance had one other job for them, one Freddie later described as a “necessary evil.” They were tasked with murdering Nazi officers and their Dutch collaborators because no one would likely see them coming.

Some of Freddie and Truus’s assignments involved acting as bait. Once, while Freddie stood as a lookout, Truus entered a restaurant and struck up a conversation with a high-ranking SS officer. While flirting with him, she asked him to go for a walk in the woods. Once they were isolated, Truus and her companion bumped into a man along the same path. Unknown to the Nazi officer, the man was a resistance member. He proceeded to execute the officer and leave him in a hole that had been dug earlier.

Freddie and Truus soon graduated to eliminating their own targets, which Freddie would later describe as “liquidations.” Sometimes the girls would ride a bicycle, Truus pedaling while Freddie shot from the back. They also followed the officers home to ambush them while their guard was down. While they considered the work necessary, it was difficult for the girls to accept. Sometimes, Freddie said, she would shoot a man and then feel a strange compulsion to try to help him up.


The only mission they refused to act in was a plot to kidnap the children of senior Nazi officer Arthur Seyss-Inquart, the idea being that his kids could then be exchanged for imprisoned Dutch radicals. Fearing the kids might be harmed in the process, Freddie and Truus declined.

The girls were joined by a 22-year-old former law student named Jannetje Johanna “Hannie” Schaft in 1943. The three women became inseparable, acting as a tightly coordinated unit for sabotage missions. For the next two years, they continued to target officers and elude identification, though the Nazis knew Schaft by her distinctive red hair.

It was this colorful feature that would be the trio’s undoing. In April 1945, just weeks before the end of the war, Freddie and Truus grew worried when Schaft failed to report back after an assignment. They were horrified to discover their friend had been grabbed at a checkpoint when an officer recognized the red roots of her hair, which she had dyed black to avoid detection. Schaft was executed on April 17, and lore has it she taunted her executioner after he failed to kill her on his first attempt. “I’m a better shot,” she reportedly said.

Grieving over the loss of Schaft, Freddie and Truus tried to enter civilian life following the war. Freddie got married and had children, which she later said was her way of dealing with the trauma. Truus poured her emotions into artwork, sculpting memorials to Schaft, and wrote a memoir. The sisters later opened the National Hannie Schaft Foundation in 1996. In 2014, Prime Minister Mark Rutte awarded the Mobilization War Cross for their service during the war, recognition that had been a long time in coming. (For years, Freddie felt overlooked because she once belonged to a Communist youth group and believed the anti-Soviet Dutch government held it against her.) Truus died at age 92 in 2016. Freddie followed in 2018.

It’s not known exactly how many Nazis the girls killed, as both were reluctant to discuss it later in life. When asked, Freddie would respond with, “One should not ask a soldier any of that.”

Jake Rossen is a senior staff writer for Mental Floss.